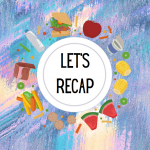 In the prior lessons I’ve discussed:

However, even knowing all of this information it will still be difficult for many people to implement this knowledge as there are several barriers to healthy eating. A 2018 systematic review and meta-analysis (“SR/MA”) of 39 studies found many barriers, and some of the most prevalent include(Zorbas, 2018):

I will discuss two of these barriers in this lesson, the cost of healthy eating & the time needed to prepare foods in a healthy manner. 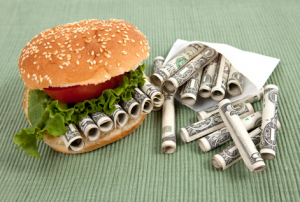 Note: Cinnamon is a great flavoring option due to the numerous reported health benefits. A 2020 SR/MA of randomized controlled trials (“RCTs”) found cinnamon supplementation had a beneficial impact on multiple markers of inflammation and oxidative stress.(Zhu, 2020) A 2021 SR/MA of 35 RCTs evaluating the impact of cinnamon supplementation in individuals with metabolic conditions found(Kutbi, 2021):

In general, cinnamon intake is safe with relatively few reported adverse events.(Hajimonfarednejad, 2019) However, if using a lot of cinnamon, it is worth spending a bit extra on Ceylon cinnamon than the more common Cassia type. This is because of the difference in coumarin content. Excess coumarin consumption can lead to liver damage in a subset of people. The safe upper limit of coumarin intake is thought to be 0.1 mg/kg of body weight.(Abraham, 2010) Ceylon cinnamon has extremely low coumarin, but Cassia cinnamon has a considerably higher amount, though the actual level can be widely variable.(Blahová, 2012) Assuming ~3,000 mg/kg of coumarin in Cassia cinnamon, for a person weighing 75 kg (165 lbs) the upper limit of Cassia cinnamon intake daily should be 2.5 grams:

Most people will not exceed this on a regular basis, but for individuals with liver issues or who plan to use cinnamon extensively for flavoring I recommend purchasing Ceylon cinnamon. Typically the label will specify Ceylon when it is in fact Ceylon cinnamon; it is possible to visually tell the difference between cinnamon bark (see image below) but not powder.

Other spices can likely safely be used for flavoring purposes and may have additional health benefits as well:

Organic food – worth the cost?

Organic food is a tricky topic. I go through the available literature in the box below for those who are curious, but at this point I do not believe there is enough good evidence to discuss organic foods as a whole. There are some indications that consuming organic foods, specifically without organophosphates, can promote better neurocognitive outcomes in young children (also applicable to pregnant women carrying future children). Other than that, at this time I do not believe spending extra money on organic food is worthwhile.

Despite lots of popular belief that organic foods are considerably healthier than non-organic, the research does not conclusively support 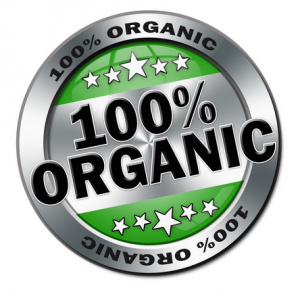 So overall at this point there is not much research indicating meaningful health benefits of organic food consumption, though there is evidence indicating a detrimental effect of organophosphate consumption in pregnant women and young children. However, it’s not completely clear to what degree dietary intake will contribute to this vs other environmental considerations.(Holme, 2016)

Regardless, if you want to minimize exposure to exogenous pesticides but cannot afford to buy exclusively organic food, there are a couple options. Washing produce with baking soda helps remove some of the pesticides(Yang, 2017) and is discussed with practical considerations here. Some types of fruits and vegetables yield more pesticide exposure than others; you can consider specifically purchasing organic for higher risk types. An overview of the potential risk of different types of produce is here. However, it is important to consider just how much of the pesticide-laden foods would need to be consumed to pose a problem, and when doing so there does not seem to be much if any reason to be fearful, as discussed here.

Thus, I generally believe that purchasing organic is more of a gimmick than evidence-based practice, though there could be merit regarding avoiding organophosphates in pregnant women and small children. As we see frequently in the fields of nutrition and health, more research is needed to better determine the true merits, if any, of organic food.

Example: In the US, more groceries are purchased at Walmart than any other store. Walmart is known for having relatively cheap options available. If we look at some select items from Walmart we can see the cost of a basic healthy day of eating:

The above costs and nutrition facts come from walmart.com; prices may vary at different locations. Thus, with the cheaper food selections it is possible to develop a 3 meal diet with 2,040 kcals, 4 servings of whole grains, >4 servings of fruits + vegetables, 2 servings of dairy, and 1 serving of nuts that has ≥28 grams of protein at each meal, <6% kcals from saturated fat, >40 grams of fiber, <1,500 mg sodium, and very little added sugar, all for <$4.00 (pre-tax, and admittedly with ongoing inflation these prices will rise). Plugging a diet similar to this into cronometer.com shows a deficiency in omega-3 & omega-6 fatty acids, vitamin D, and mild deficiencies in vitamin C & E. This could be counteracted with the substitution of salmon for chicken (as salmon has high amounts of vitamin D & omega-3 fatty acids) a couple times weekly and taking a vitamin D supplement. Rotating food selections would also help to even out any other micronutrient deficiencies, while as discussed in Lesson 5 a deficiency of omega-6 fatty acids is unlikely to prove harmful.

It should be noted that Walmart has cheaper prices than most other places, not all of these items will cost the same at all stores, some may not be in stock on any given day, and some people do not even have access to a Walmart. Nonetheless, the point stands that it is generally possible to develop a relatively healthy diet at a relatively low cost. Many other stores have comparable food selection items, albeit at slightly greater cost, as I have described here. For people who live in food deserts or who do not have steady transportation and cannot access any stores regularly, carpooling, buying in bulk, purchasing online, and looking at nutrition labels of the food items that are available will help you optimize your current situation.

Overall, it should be clear that with careful planning it is usually possible to eat healthily at a relatively low cost, and potentially even more cheaply than if you were to spend money on fast food and various snack items. 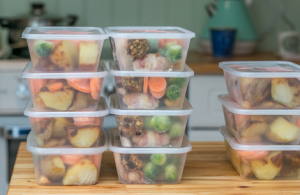 Cooking can take a lot of time, especially when preparing elaborate meals. Cooking every day will be infeasible for many people. Thankfully, it is generally possible to cook in bulk so that this is not necessary. I’ll go over some tips to do this. 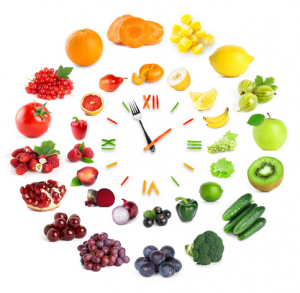 EXAMPLE: Using the same foods in the table above, if you have access to a freezer you can purchase all of them and prepare them for storage in one morning:

By this point you can have most of your meal preparation done for a full week if you have enough refrigerator + freezer space to store a week of meals. You can continue cooking more throughout the day if desired or you can call it there and repeat in one week; if you prepared large amounts of some of these items (ie, chicken breasts) you may not need to prepare those again for several weeks.

Similar with cost, the real key here is planning. With careful planning you can determine how to prepare food in such a way that it can be stored for long periods of time and this will lead to less time cooking overall. If you have access to a freezer then you can always store quick meals such that if you are on the run you can grab something and take it with you as opposed to getting fast food while you are out. It is definitely worth the effort to think about how to apply meal preparation to your own situation, discuss with other family members who share storage space, and see how you want to apply these concepts to yourself, as this can ultimately save a lot of time and make it much easier to stick to your own desired diet.

In this lesson I have addressed two of the most significant barriers people face when attempting to eat healthily; cost and time. With appropriate planning, healthy diets can generally be constructed in a cost-friendly and time-efficient manner. It is worth spending considerable time upfront to plan out exactly what you want to do as this typically saves time and money in the long run and makes it easier to stick to your goals.