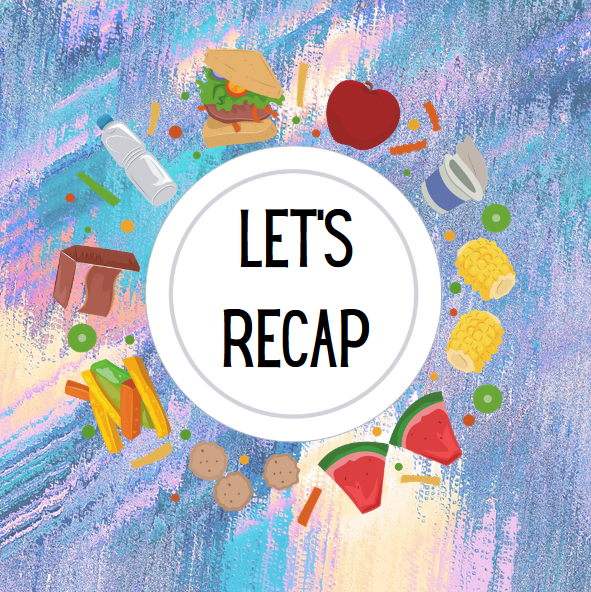 At this point we’ve gone over the vast majority of the most important topics to eat healthily and work towards a healthy body composition. We’ve discussed metabolism, calories, a strategy for gaining or losing weight if desired and how to track progress when doing so, macronutrients, micronutrients, food groups, the timing of when we eat, various dieting schemes, and how to overcome barriers related to cost and time.

Yet, even knowing all of this there are still additional barriers to long-term success. Many people feel guilty and/or shamed about their perceived “weight problem”, and with a negative mindset it can be really difficult to begin any new journey and build new, healthy habits. On the other end of the dieting journey, most people who are able to lose weight eventually gain it back. In this lesson we’ll discuss these issues in more detail. 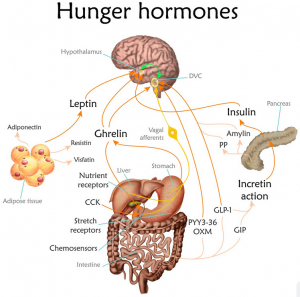 We actually already talked about this to some degree in Lesson 1 when discussing how resting metabolic rate & non-exercise activity thermogenesis can vary between individuals. In addition to this, there seems to be significant appetite/taste differences between people with and without obesity, with differences seen in gene expression of taste buds(Archer, 2019), differences in taste sensation in response to high fat & sugary substances (even prior to the onset of obesity)(Yokum, 2019), differences in hunger & hunger hormone responses to the same meal(Goltz, 2019), and differences in brain reward region responses to palatable food as well as prefrontal region activation that may make overeating more likely.(Hall, 2014) All of this will make people more prone towards eating tasty, calorie-filled foods.

Additionally, there seems to be a very large genetic influence on obesity and related traits.(Qasim, 2018) One review discussing this notes heritability estimates of 32-49% for variance in energy intake, 20-78% for preference of different food groups, 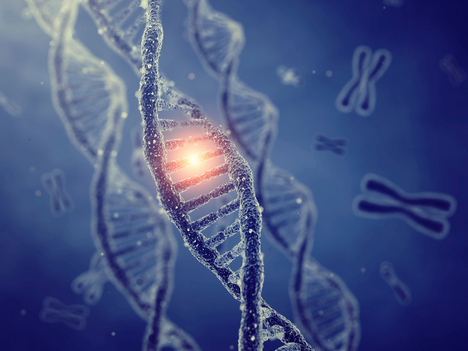 63% for satiety responsiveness, 75% for food cue responsiveness, and 45-74% for rate of consumption.(Reddon, 2018) There also seems to be a very large interplay between genetic heritability and one’s local environment; one study of twins at age 4 found heritability of BMI was much higher in the higher obesity-risk homes (86%) compared to the lower obesity-risk homes (39%).(Schrempft, 2018) This can manifest if someone with a sweet tooth lives in a home with many sweets available; they will be prone to overeating, but if they were to live in a home without sweets available they would not overeat.

I think this last point is key for explaining a large part of the reason why we have the obesity epidemic in the first place. Over the last several decades there has been an increase in readily available sources of calories(Vandevijvere, 2015), as seen with larger portions sizes, more fast food restaurants, and an ever-expanding array of food choice options. Thus, our entire society has become a higher risk “food environment” for people who are prone to obesity, and those with genetics inclined towards obesity will simply have a more difficult time as a result.

Tip: By getting all of the snack and junk food that you do not wish to eat out of the home it is much easier to avoid it. Many people will have a hard time resisting snacks that are present in the home 24/7. It is generally much less likely for people to develop cravings so strong that they feel the need to run out to a store to purchase snacks. Optimizing your food environment can make it much easier to stick to a healthy eating plan. If you do want to include treats occasionally that is fine to do, but if keeping them in the home is going to prove problematic then consider purchasing small quantities (ie, an individual piece of candy instead of a bag of candy) so you cannot binge on them regularly. 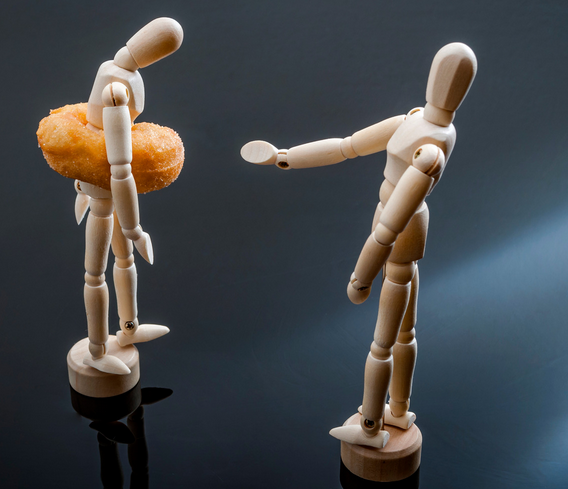 In addition to the genetic influences, many people with obesity experience weight stigma, which generally makes adopting healthier habits and working on body weight management even more difficult.(Rubino, 2020) This is true not only for adults but also for adolescents as well as children.(Schvey, 2019; Pont, 2017) Stigma even occurs readily in the medical profession.(Ananthakumar, 2020; Puhl, 2020) This is yet another source of stress, and stress itself has been found to worsen obesity and weight management through a variety of mechanisms.(Geiker, 2017) This includes worsening sleep, which generally decreases willpower to resist temptation and can lead to increased caloric consumption. Stress also makes it harder to start a diet or any lifestyle change successfully. Additionally, highly palatable foods can help relieve stress, which can then generate a feedback loop where the brain begins to desire these foods to a greater degree.(Tomiyama, 2019)

Thus, there are many contributing factors to obesity, some of which are out of an individual’s control. By no means does this make it impossible to engage in healthier habits and lose weight, but it does seem like this will be harder for some individuals than others. For these reasons, blaming somebody for their own obesity seems short-sighted, and it may be more appropriate to actually blame the increased food availability in our society as well as the increased technology leading to less physical activity overall. As stigma has generally been shown to be harmful as opposed to helpful, and increasing stress makes any lifestyle change harder, I do not believe there is an evidence-based rationale to attempt to shame people with obesity into losing weight.

Note: I’m sure some people may have read the above and scoffed to some degree, thinking we should be shaming people into losing weight. To be clear, anecdotally there are some people who do not develop any motivation to lose weight until they undergo some sort of shaming experience. So for some people being shamed does seem to spur motivation and lead to positive changes. However, for many people this is not the case, and to my knowledge there is no evidence-based method to determine which subset of people may turn shaming into positive change.

Regardless, while shaming may provide motivation for some people, there are tons of people who do want to make changes and have been unsuccessful in doing so. For this group of people I cannot conceptualize any possible benefit of shaming; they already have the desire to make change but lack the knowledge or means to do so. Further shaming them will not fix those two issues, but it will likely increase stress levels and make things even harder.

Thus, in general, I am not a fan of fat-shaming. 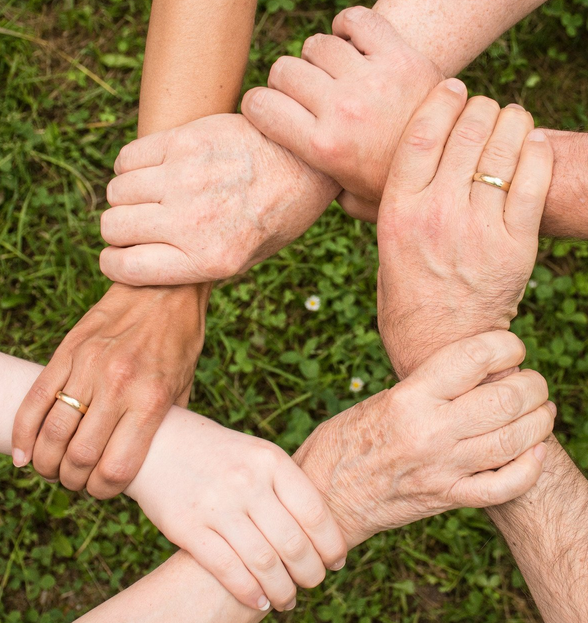 So what should you do if you suffer from guilt, stigma, and stress associated with your weight status? Hopefully the above rationale of the underlying genetic and environmental influences beyond an individual’s control can help alleviate some of the guilt. Additionally, if you develop a plan of action, stick with it, and start seeing results, this should help increase motivation and positive feelings regarding the entire process. Some people will benefit from therapy regarding these topics; if you think this may apply to you consider discussing with your healthcare provider. If there are specific people in your life who are making things difficult attempt to engage them in an honest conversation about how they can be more supportive. Lastly, if you can find a peer or peer group to join you on a journey to a healthier lifestyle that can be very motivating and beneficial.

Many people diet and lose weight to some degree but then ultimately gain it back. In fact, in one systematic review of studies in adults with at least 3 years follow-up after an obesity intervention, all eight of the studies showed significant weight regain with seven showing continually increasing weight at every follow-up time point.(Nordimo, 2020) This is undesirable for several reasons. The obvious ones are that one’s self-esteem may take a hit when progress is lost and any health benefits of getting the extra body fat (“BF”) off may reverse when weight is regained.

However, there are additional reasons as well. If people diet successfully and become relatively lean prior to gaining the weight back it can lead to fat overshoot where the resultant BF percentage becomes higher than it was prior to dieting in the first place.(Jacquet, 2020) Repetitive weight cycling has also been associated with decreased muscle mass and a higher risk of developing sarcopenia.(Rossi, 2019)

Note: The underlying mechanism for fat overshoot seems to come from the concept of “partitioning”, where as weight is lost a certain percentage will be lean body mass (“LBM”) and a certain percentage will be BF. The leaner one becomes the greater the percentage is LBM. When weight is regained, BF increases more quickly than LBM, and thus for the body to reach the prior levels of LBM there has to be “fat overshoot” where the amount of BF regained actually surpasses the amount of BF there was initially. This is one of the reasons I’ve emphasized the importance of resistance training, eating sufficient protein, and losing weight at a reasonable pace, as all of this will help you maintain your LBM while losing fat and thus fat overshooting should be much less likely to occur.

While studies do show that most people gain weight back, there are obviously some people who successfully keep the extra weight off. What separates these individuals from everyone else? There have been many studies evaluating this, some recent ones include a systematic review & meta-analysis of randomized controlled trials implementing behavior change techniques(Ashton, 2020), a study evaluating people who were able to successfully maintain weight loss for five years(Lawlor, 2020), a systematic review of studies of successful weight loss maintainers in weight control registries(Paixão, 2020), as well as analyses in children(van der Heijden, 2018; Jones, 2019).

When reading through this literature a few themes & habits emerge that many successful individuals implement. These include:

Tip: While distraction strategies are great when they work, at times you may simply be hungry and nothing will work other than eating. In this situation you can consider eating a meal early, but if you really need a snack consider choosing a more filling option. One study developed a “satiety index” for common foods, where foods were ranked by how satiating they were.(Holt, 1995) They tested 38 foods and assigned them a score in reference to white bread (assigned a default score of 100). The 5 most satiating foods were:

While most people are not going to have ling fish laying around their home, the other foods are all reasonable options to prepare in snack-sized quantities and can be good options if hungry. There is likely some individual variability regarding satiety of different foods so consider trying different options and see what works best for you.

Additionally, a recent study suggested that adopting a healthy mindset regarding food options can lead to one naturally selecting smaller portions.(Veit, 2020) While more research needs to be done regarding this, when really hungry consider viewing snacks as a way of giving your body what it needs as opposed to failing with your dietary goals and this may help you not “fall off the wagon” and start binging or engaging in other undesirable behaviors.

Thus, there are several strategies that will help aid weight maintenance after weight loss. Most of these strategies are also beneficial for initial weight loss. Building all of this into a healthy lifestyle with support from family and peers that can be carried forward indefinitely is ideal for sustained success.

There are many contributing factors to obesity, several of which are outside of one’s individual control, and thus some people will have a much more difficult time dealing with this than others. The negative stigma regarding obesity in our society and the associated stress make dealing with obesity even more difficult. Nonetheless, adopting a healthier lifestyle and losing weight is not an impossible task, and many people are able to do this successfully. By planning things out and adopting beneficial habits there is usually a path forward to success. Finding the right individual path is imperative; no two people have the same shared set of experiences and thus helpful tricks, triggering situations, and definitions of success will differ between everybody.

Click here to proceed to the conclusion of this course